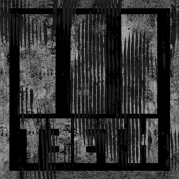 I have to admit to being a bit avoidant of this particular release for a little while now, which is weird considering how much I enjoyed the track ‘Nihil’ when that was originally released – that track ticked all of my boxes; part brutal industrial, and part noise which is pretty much the perfect package for me but the hype machine went in to overdrive when the album finally saw the light of day and for once I actually wanted people to shut up about it. Now I’ve actually managed to listen to the album on speakers better than the battered ones on my macbook, I can safely say how bloody wrong I was and I should have believed the hype after all.

My initial introduction to Industrial was via the video for Ministry’s ‘NWO’ absolutely years ago, but it all finally clicked a little bit later than that in the late 90’s with the industrial metal of Fear Factory, Spineshank, Stabbing Westward, Marilyn Manson, NIN, VAST and Orgy. Being a music geek armed with dial up internet and a near enough unquenchable curiosity for music of a similar vein, I kept digging around and finding myself getting in to an ever dizzying selection of music. I wouldn’t have moved to London in the first place if it wasn’t for going to gigs and clubs and the likes. What is it about 3TEETH though that makes me reminiscent of this time period? It’s not that they sound similar to these artists; there are elements of bands from this time absolutely and it would be remiss of me not to see that, but I find it a bit lazy to say they sound ever so much like this band and that band, however they do seem like the crazed love child of Frontline Assembly, Chrysalide and Ministry, and that is no bad thing at all. The thing I like about 3TEETH is this sense of bringing together the past and the present in an unbelievably satisfying brutal hit of noise saturated filth that is not like anything that came before, but brings about a certain sense of familiarity at the same time.

The album itself is fairly unrelenting. Starting with the aforementioned ‘Nihil’ pretty much tells you it’s not going to be an easy listen from the very beginning – basically prepare yourself for some uneasy listening. ‘Consent’ definitely nods in to the direction of Industrial of years past but with vocals which make me think of bands more aligned with terror EBM or whatever the kids are calling it these days. ‘Pearls 2 Swine’ goes on a slightly more thrash metal tangent with some deeply unsettling vocals added to the mix and drums that wouldn’t be out of place on a Die Krupps album, speaking of drum beats ‘Eradicate’ sounds like the start of ‘Closer’! Listening to that track on my headphones on my way to work this morning I was ready to scream ‘nooooo!’ and switch to the next track but talk about a track lulling you in to false expectations – what follows would make NIN soil themselves, and is nowhere near the goth baby making anthem that ‘Closer’ was when it was released. There are some really interesting remixes doing the rounds as well at the moment which give an altogether different feel – ∆AIMON Rework of ‘Master of Decay’ adds some massive synth lines and overall more darker and less thrashier than the original, and M¥rrĦ Ka Ba’s remix of ‘Nihil’ adds a more dancefloor orientated sound. In an interesting turn, the whole album has been put up on soundcloud with a ton of different remixes to listen to.

Overall though this debut is really worth the hype it has been getting. It’s an absolute beast of a release and is good for just about any fan of industrial, or just straight up unrelentingly heavy music. Get this on a big set of speakers, or a good set of headphones and get lost in the noise for a while. Don’t try to resist it like I did – just get in to it now.

CD and Vinyl available from Storming the Base